Showing posts from October, 2015
Show all

What the papers are saying about the Dublin Galway Greenway impasse

Today was a significant (and disappointing) day for the Dublin Galway greenway. The Minister has decided to pause the Galway/Roscommon section of the Dublin Galway Greenway and instead focus the funding on the Kildare/Meath section. The Irish Independent reported  that the "Plan for cycle route from Dublin to Galway halted by landowners' objections" Similarly, the Irish Time reported  that "Objections put brakes on cycleway from Dublin to Galway". More locally, the Galway press ( Connacht Tribune ) reported even though the project is stalled that "East Galway farmers remain concerned despite shelving of greenway" Meanwhile, on a more conciliatory approach, the Shannonside newsroom reports about Denis Naughten has tried to keep discussions open when reporting that the "Roscommon TD says delay in agreement on cycleway route lies on Galway side".
Post a Comment
Read more

Galway to lose out on Greenway Funding due to Opposition

Opposition by Galway farmers has forced the Minister of Transport and Tourism, Pascal O'Donoghue, to put plans on hold for the Dublin Galway greenway in East Galway. Reports today in several news sources have confirmed our previous reports that large scale opposition from landowners in Galway has forced the Minister to rethink the project, The minister has decided to allocate funding to other sections of the Dublin Galway greenway.  Kildare and Meath look set to benefit from this decision. Planning permission is in place for the Royal Canal greenway in Meath and Kildare. The plan is to connect the Royal Canal greenway in Westmeath all the way to Maynooth. Just last week, Westmeath County Council officially opened the Athlone Mullingar (old rail trail), Huge crowds are already using this excellent greenway. In other connected developments, Longford Council apparently have plans to extend the Royal Canal greenway all the way to the Shannon at Clondra and also are about to put
2 comments
Read more

According to reports in recent days in the Connacht Tribune , the Dublin Galway greenway project may be either terminally dead or seriously wounded. Apparently, a report into the recent consultation with landowners has been handed to the Minister. The report appears to say that 63% of galway farmers are opposed to the project in it's current plan. This is a major set back for the project and hopefully this is not the end of the ambitious plan. It comes at particularly time when optimism is high with the opening of the Mullingar to Athlone greenway . It is claimed that rural communities could benefit enormously from tourism traffic that otherwise bypasses these areas. Some communities are even seeing greenways as one way for rural communities to fight back against a backdrop of rural decline. While some politicians such as  Denis Naughten  are trying to keep the dialogue open with the Minister on alternative route options, it is hard to see how the project can proceed under s
Post a Comment
Read more

Celebrating the Opening of the Athlone to Mullingar Greenway

To celebrate the opening (Sunday 18th Oct) of the Athlone to Mullingar Greenway tomorrow, the latest section of the Dublin Galway Greenway, we are showcasing some amazing video footage of Moate station. Footage courtesy of Briain Smyth on Youtube. Enjoy And for a reminder of the before and after, here's a video of the "before". Well done to all the volunteers and to Westmeath council for such amazing work. Here's to a very successful greenway!!
Post a Comment
Read more

Dublin City Council have moved a step closer to the construction of the Royal Canal Premium Cycle Route - Phase 2 by issuing a tender for a Ground Investigation Contract. The tender, that has appeared on mytenders.ie , is for the provision of  ground investigation work, ground investigation services and site-investigation services. This cycle route will complete the capital’s section of the proposed national cycle route from Dublin to Galway, which will be Ireland’s contribution to the EuroVelo Route 2 extending across Europe to Russia. In Dublin city a section of just 350m from Guild Street to Sheriff Street where the canal meets the Liffey, has been completed, and in Fingal a 2km section from Ashtown to the 12th lock in Castleknock opened last year. The new 7km path will bridge the gap between these two sections. The two-way path will start on the left bank of the canal at Sheriff Street lifting bridge and will stay on this side until just after Binns Bridge in Drumcondra,
Post a Comment
Read more

What does Sean Connery and the New Mullingar to Athlone cyclway have in common? 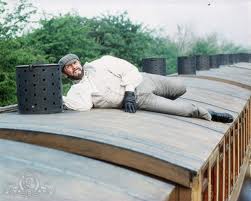 Ireland's latest world-class greenway (Athlone to Mullingar) is on a disused railway line that last saw serious action as a location for a movie starring 007 legend Sean Connery - 1979's The Great Train Robbery.  According to reports in the Irish Independent by journalist Claire Mc Cormack ,  four decades after the collapse of rail services between Mullingar, Moate and Athlone, the historic corridor has been reconnected by a new bicycle track - 40km long and three metres wide .  Next weekend the T aoiseach will be on hand to open t he next phase of the Dublin to Galway cycleway. Enda Kenny will be in Westmeath to open the new 40 km cycleway that will once again connect the midland towns of Athone and Mullingar. Apparently, the new route, which is open already to the public, is already attracting a large interest from local users. According to the reports Barry Kehoe, director of services for transport and economic development at Westmeath County Council, said the pr
Post a Comment
Read more

According to the Dublin Gazette   the historic Shackleton’s Gardens in Clonsilla could potentially become a major tourist attraction on the Dublin Galway Greenway, There is a plan by Fingal Council to take ownership of Shackleton’s Gardens in Clonsilla in the coming weeks with a €415,000 redevelopment plan to start soon after. The gardens, behind Clonsilla train station and on the banks of the Royal canal, were once ranked among the top four gardens for herbaceous borders in Britain and Ireland. The gardens contain a wide range of rare and exotic plants collected from all over the world by the famous adventurer but in recent years they have fallen into disrepair, It is hope that the gardens will be an important tourist stop along the Royal Canal which is now being upgraded as a greenway linking Dublin to the Shannon and on to Galway.
Post a Comment
Read more
More posts