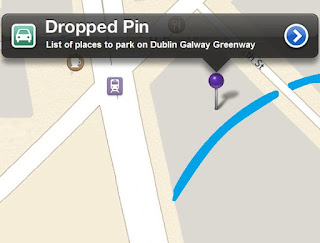 Thanks to the  recent launch of Google Maps Lists, we have decided to start using Google Maps to help our readers discover the Dublin Galway Greenway.  You can access a list of parking locations on the link below.  https://www.google.com/maps/ placelists/list/1MKN_ QGYRbFtf9l3Ybogzksln650 Please note that some of these locations are not formal public parking locations and may be simply a verge on the side of the road. So please be considerate to other road users and land owners when using any of these locations.  Please be aware that the authors of this blog strongly recommend safe parking and obey all traffic laws and landownership rules.
Post a Comment
Read more

Minister Shane Ross, says the Dublin Galway Greeway "may have been paused but it has not been halted" and that he remains committed to achieving the delivery of the Dublin Galway greenway. Speaking in the Dail in response to Robert Troy, Fianna Fail TD for Longford-Westmeath, Minister Ross said he believes the greenway will help to position Ireland as a destination for cycling holidays. Robert Troy was asking the Minister for Transport, Tourism and Sport when he expects the proposed greenway from Dublin to Galway to be completed. Minister Troy criticized the consultation that happening up to now with landowners affected and he asked if the Minister and his officials would meet a group which has been set up and which is representative of people who are concerned about this section of the planned route. Minister was positive but said he was not " inclined to get involved in a local dispute if I think it will not do any good". Minister Ross says that official
Post a Comment
Read more 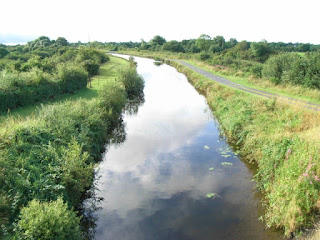 Following on from the funding announcement for the Royal Canal greenway, the local authorities and  Waterways Ireland , are moving quickly to start on the latest sections of the Royal Canal greenway. This is excellent news and will be strongly welcomed by community groups and campaigners along the canal. This news will raise hopes among the campaigners that are hoping for the route to be completed to Clondra and should demonstrate to Minister Ross that when funds are allocated that they can be used effectively to build world class amenities. Minister Ross has pubically stated his support for greenways and says that they provide excellent value for money and benefits to local communities. Moyvalley to Ballasport MARINE NOTICE No.  118 of 2016 Royal   Canal Cycle Path Construction Waterways Ireland wishes to advise that the towpath of  Royal   Canal  from  Moyvalley to Ballasport and Longford Bridge to Abbeyshrule will be closed  with immediate effect to facilitate the constru
Post a Comment
Read more 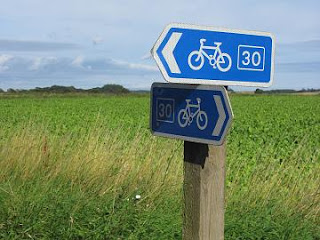 A total of €23.5 million has been allocated to Greenways over the period 2012 to 2016 in Ireland. In a response to Tony McLoughlin ( Fine Gael TD for  Sligo-Leitrim), Minister Shane Ross provided details to the Dail last week.  Minister Ross stated that  "Under the National Cycle Network (NCN) Funding Programme approximately €23.5 million was allocated over the period 2012 to 2016 to advance cycle routes that provided valuable transport and recreational infrastructure, with the added potential to enhance tourist activity for the areas concerned.  This includes €10 million allocated under the Government Stimulus package 2014. Under the first tranche of NCN funding for the years 2012/2013, fifteen cycling projects were completed by local authorities across the country with €7 million in funding provided.  Under the second tranche of NCN funding for the years 2014-2016, a further three projects shared in funding of €6.3 million.  Of these three projects only one (in Waterfo
Post a Comment
Read more

September Greenway Updates From Around Ireland

September 10, 2016
There was some great news for the Dublin Galway greenway over the summer including funding for the Meath/Kildare sections and extension in Westmeath and Longford. But away from the Dublin Galway Greenway, there have been more developments around the country that we have been keeping an eye on. More updates to follow.  GREENWAY NEWS from Derry Council says extension of cyclepath to Strathfoyle not dependant on EU funding Derry Journal “However, much talk of the  greenway  plans becoming a reality were based on Derry City and Strabane District Council securing funding from the ... GREENWAY NEWS from Dublin Dodder  Greenway  from Dublin Mountains to the City must go ahead without delay InTallaght (blog) Fine Gael TD for Dublin Rathdown, Josepha Madigan has called for the Dodder  Greenway , which would link the Dublin Mountains to the City, .. NTA puts Dodder  Greenway  project on hold to focus on Luas Irish Times The development of a walking and cyclin
1 comment
Read more

Phase Four of the Royal Canal Greenway which is an integral part of the Dublin Galway greenway has been put on hold due to funding being reserved for Luas work. In a statement, the National Transport Authority which provides funding for the project said that the resources of Dublin City Council need to be "re-focussed" because of the demands of Luas cross city and other traffic management schemes. The NTA said "as the various projects linked to Luas cross city are progressed, resources will then be released to reactivate the other projects. The Royal Canal Greenway and other cycleways were part of a €30 million funding package for cycling facilities in the greater Dublin area announced by the government two years ago. Meanwhile, the Green Party has called on the Minister for Transport Shane Ross and the Irish Road Safety Authority to reconsider existing approaches to road safety and set a goal of zero fatalities and serious injuries on Ireland's roa
Post a Comment
Read more 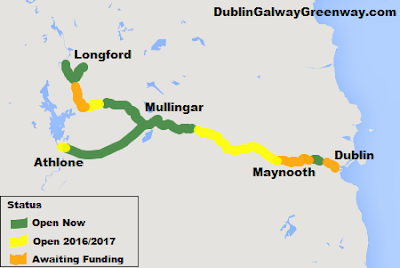 Supporters of the Dublin Galway Greenway project received some excellent news when it was announced that  Kildare ,  Meath ,  Longford  and Westmeath  are to receive funding for greenway projects following a decision by tourism minister  Shane Ross  to release unspent funds which, according to the minister, would otherwise not be drawn down this year. Following a review of the Cycle Network funding call of 2014, the minister concluded that not all the funding would be fully drawn down in 2016. Minister Ross decided to direct the funds to greenway projects that were  ‘shovel-ready’. The total funding involved amounts to over €3.5 million, with €2.5m of that going to the 38-kilometre section running from Maynooth in Co Kildare to the border of Co Westmeath. Ross stated: “Since my appointment, I have been particularly struck by the far-reaching benefits that greenways can bring to the localities in which they are situated, as is evidenced by the success of the Great Western Gre
Post a Comment
Read more 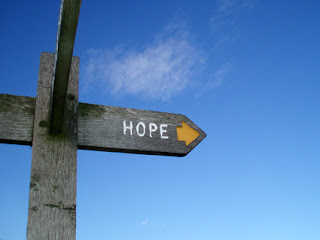 RTE's Nationwide show on Friday 27th May 2016 examined how the rural community on the Sheep's Head peninsula in West Cork are benefiting from walking and cycling routes. The RTE programme highlighted the benefits and some of the concerns of the communities but it also highlighted how the Sheep's Head way could serve as a model for encouraging community support for other national greenways. The show mentioned that there are many positive impacts that accrue to communities that embrace tourism. But the presenter, Anne Cassin, also spoke about the opposition from landowners on other prominent greenway projects such as the the Dublin to Galway greenway route and the proposed greenway in Kerry. The story of the Sheep's Head way goes back 20 years when the community and farmers decided to open their land under permissive access for a cycling and walking route. 260 farmers came together and gave their permission for their land to be used for a walking route. R
Post a Comment
Read more
More posts