The Dublin Galway greenway in Westmeath, Longford, Kildare and Meath have featured highly in a recent list of projects funded by government since 2009. Responding to a Dail question from TD Jan O'Sullivan, Minister Ross released details of greenway projects. While not all of these are off-road, Minister Ross went on to say that "the projects constructed to date with funding from my Department are a mix of on-road and off-road and while some cannot be considered 'greenways' in the strictest sense they do feed into the expansion of a network of cycle routes"

The counties of Longford, Westmeath, Meath and Kildare featured highly in the funded projects and it is clear from the information that these counties have made considerable progress once the funding became available. 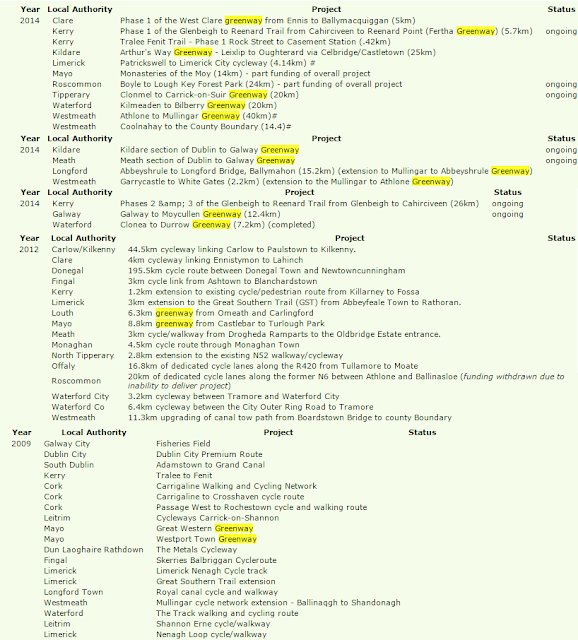 The entry in 2012 for a cycleway on the N6 will be of particular interest to followers of this blog. Objectors to the East Galway section of the greenway such as the IFA have suggested that the route could be put on the N6. However, the information from Minister Ross appears to indicate that a plan to put 20km of dedicated cycle lanes on the N6 was cancelled due to inability to deliver project.