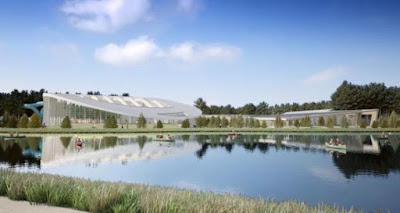 The decision to grant planning permission, subject to 22 conditions was announced this week. The planning grant included a clause that Center Parcs will have to provide almost €1 million (€951,420) to Longford County Council as a contribution to the upgrading of public infrastructure in the area of the development. Furthermore, details of the planning conditions specifically calls for a off road cycle link to the Royal Canal.