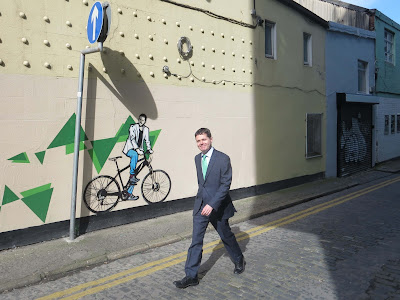 The minister was announcing plans for the tourism sector that is hoped will boost revenues from overseas tourists by €5 billion and will make a significant contribution to regional job creation. The minister says that "we will target increased investment; in areas such new facilities for walking, cycling (greenways) and water based (blueways) activities to take the Wild Atlantic Way to the next level". Fine Gael say that with the right vision, plan and investment a nationwide network of connected Greenways can become a global tourist attraction.

The announcement from Fine Gael comes just after the Taoiseach confirmed funding for Royal Canal walk and cycleway through Longford. According to Shannonside News, the Tourism Minister Paschal Donohue described the shovel-ready Royal Canal cycle and greenway project in the county as “a no brainer” when it comes to funding. Longford Council have impressive plans to further develop the Royal Canal Greenway as a connection to the Dublin Galway Greenway. It is also hoped that the Royal Canal Greenway could be connected to the Mayo Greenway and eventually provide a coast to coast cycleway from Dublin to Mayo. Also, in further related developments, Leitrim Council have started the feasibility planning for greenways that, if linked to the Dublin Galway Greenway via the Longford project, could provide a substantial and significant network of greenways in the midlands and north west.

This website asked all the main candidates in the Longford/Westmeath for their position on the Longford greenway. Gabrielle McFadden (FG) and Robert Troy (FF) were the only candidates to go on record to state their support and Manchan Magan (Greens) has stated support for greenways in his vision statement.

According to Gabrielle McFadden T.D. (FG), "Securing the funding for the completion of the Royal Canal Greenway in Longford will undoubtedly be a massive boost for  the county and, if elected, I will be making strong representations at Cabinet level to get this vital allocation for the project."

And Robert Troy (FF), told us that he "will work to honor this commitment. The greenway is a fantastic amenity, and connecting them is an excellent idea that will encourage tourism."

In his vision statement, Manchan Magan (Greens) says that he supports the development of "cycle and walking tracks and creating small-scale personalised services offering outdoor activities". 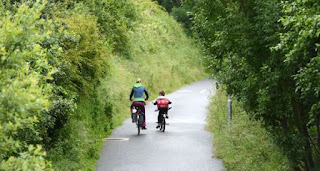 It will be interesting to see when Election 2016 is over if the commitment of the parties will be delivered upon.