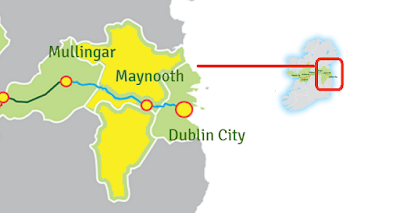 In reponse to Deputy Anthony Lawlor's question, Minister Pascal Donohue said that he expects the preparatory work on the Kildare and Meath portions of the greenway will begin in the first half of next year.
Minister Donohue, went on to say that he expects that those new portions of the greenway to be open by the summer of 2017, which will then allow the first half of the greenway to fully open.
During the same exchange, Deputy Denis Naughten challenged the minister on his position about the use of public lands for the greenway route west of the Shannon. Deputy Naugthen, who admits that he is probably the only public representative to say publicly that he wants the greenway between Athlone and Galway to proceed, appears to be favouring a route that would bring the cycleway from Athlone to Ballinasloe by means of a physical segregation along the existing N6 as far as Aughrim.
Details of the Dail record can be accessed here:
https://www.kildarestreet.com/debates/?id=2015-11-11a.63&s=speaker%3A339#g75