Detailed Report shows that Greenway had support as far as Ballinasloe 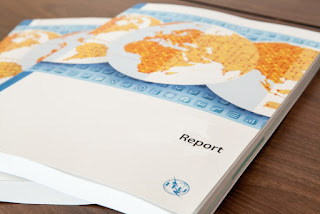 This blog can reveal that the detailed report that resulted in pausing of the Dublin Galway Greenway in Galway showed large support for Greenway in Roscommon but opposition was high in East Galway.

In the proposed section from Ballinasloe to Athlone, mostly in County Roscommon, the results of the landowners consultation was positive. In a sample of  arroud 32% of the landowners in the route corridor (136 landowners), 74.3% accept the route corridor, while 19.9% object to it and 5.9% are undecided. When State-owned lands are factored into the figures it seems that almost 90% of the emerging route has acceptance in this section.

However, in Galway County and City, the acceptance of the route was much less favoured. Consultations  with a sample of around 20% of the landowners (194 landowners) along that route corridor record that c. 27% of landowners would accommodate a route for the cycleway on their lands, c. 63% would object to it with 8% undecided.

The graphic below from the report shows a large majority of landowners in Roscommon favouring the greenway. 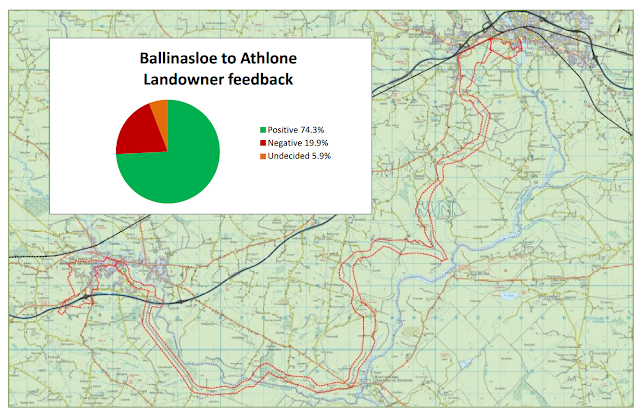 We can also report that TD Denis Naughten representing Roscommon/South Leitrim has been trying to convince the minister to proceed with the greenway and work with the state agencies to asess state owned land that could be used west of Ballinasloe.

Given this information, it is looking like a good decision from the Minister to reallocate the funding to complete the Eastern sections of the Dublin Galway Greenway in Kildare and Meath while more efforts are made to find a suitable route.